Crowd Insight’s interactive systems are most commonly used in learning environments and business events. Recently however, we have seen a sharp rise in enquiries regarding entertainment.

A number of production companies have purchased systems from us. Their systems are used for TV shows, luxury cruise ships and fund-raising quiz events. Not too mention the usual conference work. The entertainment industry is currently seeing a huge increase in audience interaction. Crowd Insight are delighted to be part of this fast changing industry.

In August 2017, the National Theatre in London showed a three-week run of ‘The Majority’. This was a show incorporating audience participation written and starring Rob Drummond. We were lucky enough to be guests at the opening performance. It was an amazing experience contributing to a live performance as an audience member.

400 Keypads were hired, one each of the entire audience to vote. Throughout The Majority, audiences are faced with a number of challenging dilemmas on narrative, ethics and morality. They are asked to push a button on their keypads to either vote ‘yes’ or ‘no’. The audience response ultimatley affected how the performance unfolded.

The result of each vote was shown on screens around the theatre. Several results caused gasps of amazements from the audience as the majority votes surprised the audience. Some of the questions we were asked were tough morale conundrums. Answering them in the allotted time made me feel under pressure. This only added to the tension and excitement of the show.

Drummond had no idea how each vote would result. This creates an endless number of directions the show could move in. It allowed the audience to feel like they have a say in the direction of the performance.

This was a truly interactive show. The audience were only asked to respond with a ‘yes’ or a ‘no’. A great example where the simplest way is often the best way. 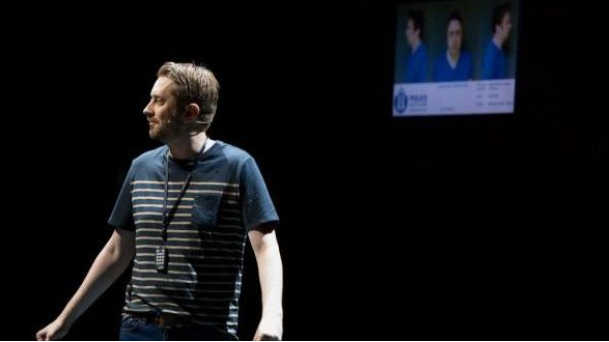 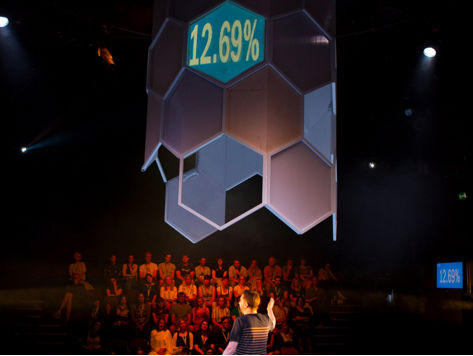 Crowd Insight have a range of interactive software designed specifically to be used by TV gameshows and game designers. They allow the raw voting data from keypads (XML files) to be sent to strong graphic software such as Ventuz. Using these methods, exciting graphics can be created that look amazing on the small screen. Unlike our  polling software, these are standalone programmes that do not use PowerPoint.

This is very similar tosomething you would have seen on ‘Who Wants to be a Millionaire’ when they ‘ask the audience’.

Quiz events are nothing new to Crowd Insight, but they continue to be forever popular among our clients. Quizzes bring out the competitive element in people and can work as an effective team-bonding exercise.

We create quizzes that incorporate a range of media including video, for example BBC Question of Sport’s What happened next? round. We can also use music rounds to identify singers and/ or songs. ‘Fastest Finger’ rounds remain popular, where the quickest players to react are awarded more points.

Our advanced software tracks not only scores of individuals, but also of teams. Scoreboards instantly display the winners and losers after each round (optional), sustaining the interest of players throughout the quiz. 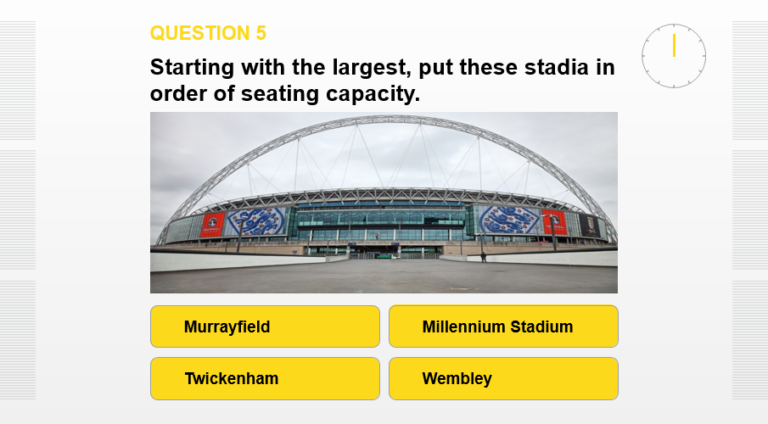 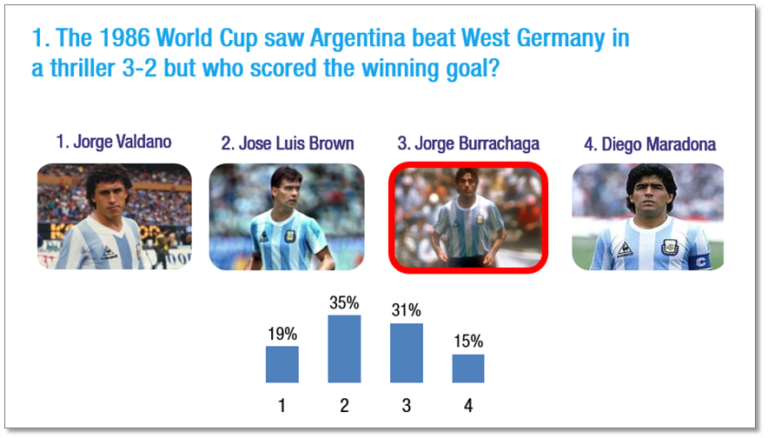 Click here to see our wide range of interactive systems